Note for you sensitive readers out there: some colorful language is contained in this report.

Pablo Picasso is credited with saying "the older you get, the stronger the wind gets - and it's always in your face". Based on that little factoid and the windy conditions of this year's 508 adventure, I must be old.

Another strong field assembled for this year's 508 event; it's a tribute to the hardcore riders from Washington State - P1 through P3 all went to WA residents, with Chris Ragsdale laying down a masterful ride to take the win after a long and intense duel with Michael Emde. Kudos to Brian Ecker from Bellingham WA for an impressive P3 finish - crossing the finish line with zero left in the tank - a huge effort.

Now, it might not have been as fast a little further back in the pack, but it was great racing. The growth of the sport from the first time I crewed (Bear, 2000 edition of the 508) to today has resulted in a larger and much stronger field where riders remain within eye-shot of each other throughout the entire course.

This year's race in a nut shell:

Boy, that first 200 miles was pretty dreamy, wasn't it? The early climbs in San Franciscito were fast, the windmill climbs felt easy, and the tailwinds kicked in as we headed to Mojave. The only funky moment for me was the 6 mile descent to Trona - last year I got blasted with a big cross wind gust and developed a speed wobble that ended up pitching me over the bars at a pretty nice clip; this year there were strong variable cross winds on that hill. Definitely not as bad as 2008, but with the psychology of it all, there was a moment or two where I was asking for my "baba and binky". I've got to train myself to think less (if that's even possible given how little I think already).

Overall, this first 200 mile section was fast, and everyone on the course was riding like Lance. I had killer crew support (Pancake crew: Paul Kingsbury / Wanda Tocci / Bob Maher) - they kept me fed and made it easy to just stay on the bike. The thing about a great crew: they're always there...they let you ride but when it's time to eat they're there, and when you need a boost, they are there...pretty cool cats.

Rolling up to the turn for Townes Pass, I was thinking 1) I think I'm here earlier this year than I was last year and 2) the winds are similar to 2008 so when I turn right it's going to suck. I didn't do the math to verify #1, but I was right on #2. Once you get part way up the TP climb you get some protection from the winds - of course when you're going 5 mph it takes a while to get there. The great hollow wisdom echoed by me during this section was when I told the crew "hey it's windy now, but once we get over the pass and into Death valley, we're going to fly...it'll be SWEET; we will make killer time..." - good thing I'm not a stock broker. I felt a little wasted going up TP and definitely had some slow points, but you know how it is on these big climbs: have the crew turn up the music and remember: you get to the top faster if you're on the bike so don't stop to sight-see, eat soup, or reflect on your accomplishments to date...

I don't remember exactly when the winds kicked in big-time: we stopped for a couple of quick minutes at Furnace Creek to drink some Ensure and deliver a coke to Paul Danhaus (strong rider for any age group and RAAM veteran); then we hit the road for Shoshone. Shortly there after I started singing non-sensical songs laced with f-bombs to keep myself occupied. At least I kept myself entertained.

When the winds blow like this you can do two things: laugh at the craziness of it all and keep going, or think too much about it, which usually ends up involving some kind of "stopping" or "waiting" or "hanging on for a second" or "I forgot something in the van" - stay away from that: bad mojo; if the crew starts feeling sorry for you that's a bad sign too. Throw some dirt on it and keep going.

My only gripe was that it was virtually impossible to hear the external speakers even at peak volume because of those damned winds. The winds through DV and Badwater were unrelenting and ass-kicking. Wind patterns followed the countours of the road and mountains through the Valley, so no matter which way the wind turned, it was Picasso's worst nightmare. The highlight here: I'm riding along and I hear this deep train-like sound; it's not real loud at first but it's getting louder. First I thought it was the wind but the louder it got I started thinking "train" ... never mind that trains don't go there; It's getting louder, and closer, and I'm trying to piece together in my head if there are tracks in the area when ... WHAM ... A mother-lode blast of air/sand/plants/bugs/rocks hits me and I come to a complete stop...I try to pedal over the top but can't so I jump off. It's too windy to get back on and I'm on a slight incline. We're all kind of stopped in the road laughing our asses off because I can't get going...I used to be a heavier rider but now I'm like a damned kite so it was a comical and screwy moment. We decide to walk the bike the 100 yards to the top of the rise, then hang onto the external van mirror and clip in and wait for a "lull"...

A couple of minutes later we're off and pedaling. Paul K is telling me "you're standing up on the pedals a little too much" - inferring that I'm increasing my surface area to the wind... I'm like "okay, I'll crouch down more...and my ass doesn't thank you"... this was such an epic section of the course with those winds; that plus the full moon made it surreal. In hindsight it was cool being out in those freakish conditions.

The crew pointed out I climbed Jubilee and Salsbury Passes faster than I rode through Badwater... that's how jacked up it was...

The only other screwy wind experience came between Shoshone and Baker; winds were strong but variable; about 1/2 way to Baker I look up the road and see nothing but brown...no horizon, no mountains, nothing - and it's kind of coming toward me... 5 seconds later I get swallowed by a big sand cloud...I had sand everywhere: nose, eyes, mouth, jersey, socks... I put my head down and kept pedaling, but then I had to close my eyes to keep going which I thought was probably a bad thing (pedaling with your eyes closed), so I stopped, Bob hopped out to grab my bike and we hung out behind the van for a few minutes until it all blew past.

I didn't have a real strategy for Baker other than to make a jersey change and hit the rest room. When Paul asked if I was hungry, that added "tuna sandwich and fries" to the plan... Those of you who do ultra distance events know that some of your best memories may be around food you ate during or after the event... I never expected to stop for some solid food but that Tuna Sandwich and the heaping pile of fries from the Mad Greek was nirvana man; if I wasn't already married I would have married that tuna fish sandwich - there was that much love... so we stopped a little longer than planned but so what...when love happens you gotta follow your heart.

Kelbaker climb was uneventful but (of course) long; the Kelso descent is such a butt kicker. If you want to know what it's like to be a real man, I was talking with Chris Ragsdale at the airport and he said he just flat out "bombed the descent" - I bet it looked a little different than me (on the brakes trying to avoid the pot holes yelling "shit my ass hurts" out loud while laughing)...

Granite pass was a long but painless climb, with a lonnnnng descent that has improving road surfaces as you go down. We stopped in Amboy at Roy's to honor crew godess Wanda with a "proper and private bio break" (another good reason for Roy's to be open). If we had a little more time I was going to instruct Paul to "borrow" the v-twin off the Harley at the gas pump and install it on my trek for an easier climb up sheephole...

I was racing with a group that included Gray Wolf, Weiner Dog, Flying Eagle, and Desert Locust (nice tats) - lots of change in position for everyone over the last 150 miles which kept it fun and easy to stay engaged. The sheephole climb was easier this year, and I always like that descent...super fast and smooths out at the bottom. The run up to the climb had a SUPERB tailwind...really sweet. The descent was quick and relatively smooth; at this point, even if you feel like crap you smell the barn so things progress pretty quickly.

The run in to Twentynine Palms can be a drain, but we had a lot of riders close together and I finished stronger this year in that section thanks to the crew keeping my food / liquid intake up at the right time.

Last note (and it's about food): Pancake Tortoise and crew stayed at the Holiday Inn Express just down the hill from the finish line... our late arrival to the finish resulted in everyone hitting the sack versus going out somewhere to get food; the next morning we had a tight schedule to get back to the airport so we opted for breakfast at the hotel...I'm walking down stairs thinking "cereal is good...I can't wait for cereal...yummy cereal" - I get into the breakfast room and before I know what I'm doing I'm putting like 10 heaping scoops of scrambled eggs, a cardiologist's dream of a sausage portion, and a couple of biscuits...I bet it was 10 eggs worth... it was the best breakfast I think I've ever had.

Nice write-up, Pancake Boy. Especially like how I'm about to be tossed aside for a tuna sandwich. :-)
Excellent racing by you and the crew!

Donate to the DVNHA!

Death Valley is an amazing landscape and a fragile ecosystem; your donation will help to preserve and protect this national landmark ... it's PayPal time! 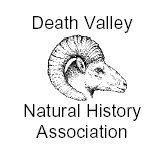 Pancake Tortoise rides for the DVNHA